News
You are here: Home1 / News2 / Communications3 / No Gear, No Set, No Problem: Making Season 2 of Jerry Tanner 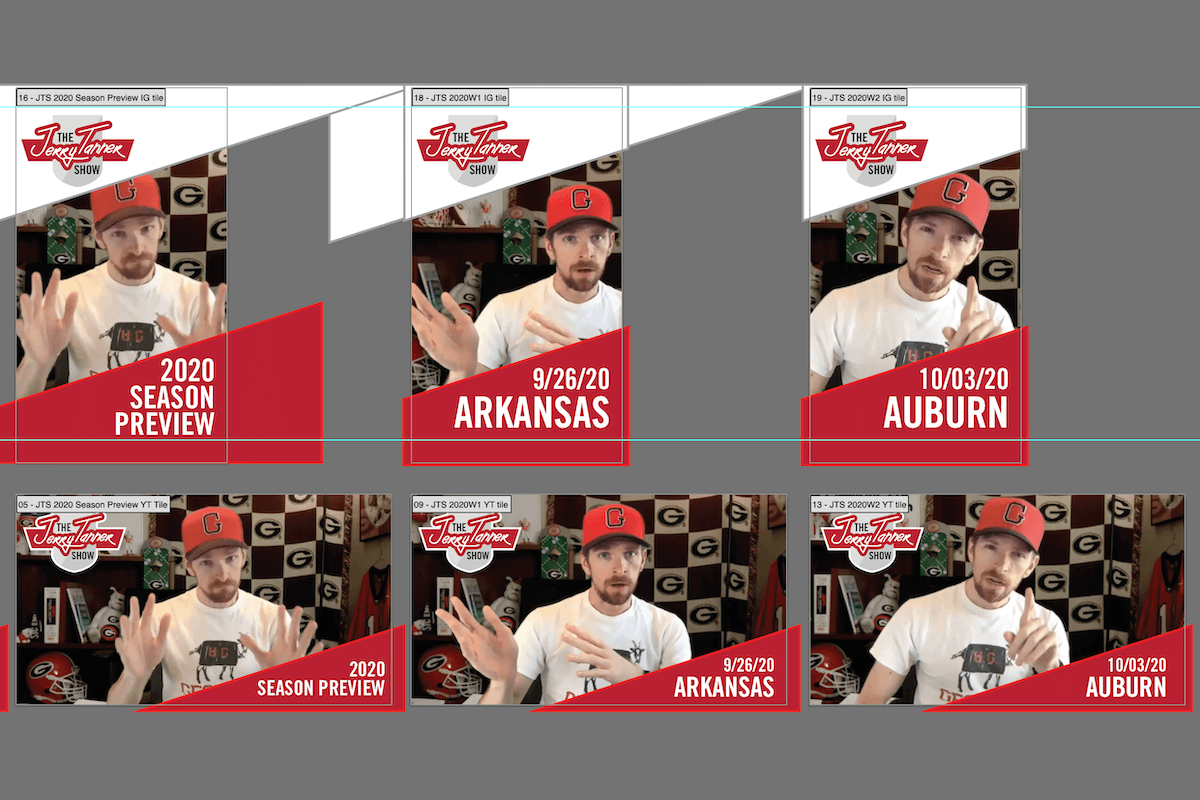 After season 1 of The Jerry Tanner Show (JTS), we knew we wanted to make some changes. Little did we know: we were not going to be given much choice in the matter.

When DARCOMM sat down to look over the data on who watched JTS, how they watched it and more, we got excited over the new ways we could tailor the production of the show and the distribution of each episode to provide the content people are looking for while using methods that more effectively use our time and create a better product.

Many more viewers on Facebook and Instagram than YouTube? Alright, let’s start posting full videos there instead of routing everyone to YouTube. Our channel got the subscriber bump we were looking for with season 1, so we don’t need to focus all our efforts there.

People dropping off before finishing the full episode? We’ll start cutting each episode shorter. That means less work overall, while still presenting a unique challenge for me as a writer: how do you make someone laugh, keep their attention, and speak with authority in a smaller space?

The move to One Press Place creating some questions on filming locations? No problem, we’ll just move to green screen. Doing that eliminates the need to preserve a set location, and instead of lighting a set for each shoot, we only need to light me. Again, this makes production easier.

Then the world flipped on its head. Then I relocated to Statesboro. Then there were rumors there might not be a college football season.

Now what? Could we even DO the show anymore?

A unique opportunity presented itself early in the pandemic with Calling All Dawgs. We thought a brief offseason football update that plugged CAD could provide some levity in a gloomy time. But without any of the equipment I had used to shoot the first season of the show, this would require some improvisation.

I shot the entire thing on my phone, audio and video, at my fiancee’s apartment. She’s a proud GSU Eagle, so that got folded into a script that played off of the experience many were living through at the time: holed up in a place you’d rather not be. The shooting, editing and release went well and allowed me to explore some new ways to create the show, but months later, as the first game of the season approached, questions remained: are we doing JTS season 2, and…

Before the pandemic, we ordered the green screen we wanted, so after a trip to Athens to grab it, I could set it up in my home office. And luckily, we had a high-resolution shot of an empty Jerry set from an episode last season. Using the green screen, we could put me “onto” the set.

Without access to DARCOMM’s high-quality gear, there would be a noticeable drop in video quality. We could use my work laptop’s built-in camera, however, and that might be more in line with Jerry’s character, anyway. Zoom’s record function could also help here, and its support for green screens would save us time in editing. Recording sound would be difficult, but using my phone and some audio editing, we might be able to smooth out enough wrinkles to get by.

This might’ve been the biggest hurdle for the first episode. The yellow-light bulbs that filled the home office resulted in video that was dramatically different than the green-screened Jerry set we wanted to use. So, I searched high and low, looked in every cabinet and light fixture, to find any bulbs in the apartment that gave off white light. The result was an office crowded with table lamps on desks and on the floor, all pointed at odd angles—but the video matched our backdrop.

Difficult as it was to prepare for recording in this new space, once I got going, I was able to fall back into the old rhythm. Even better: the majority of the changes we wanted to make to the show were things we could still do, so we’re creating shorter episodes and posting them, in full, on Facebook, Instagram and YouTube. It’s early yet, but indicators point to these changes yielding positive results for us.

Most importantly, having to rethink how I work changed my perspective on every part of the process of creating the show. As a result, I’ve improved areas of the work I didn’t expect, learned new time-saving techniques, and re-energized my own interest in trying new things. Since that first episode, I’ve even found some deals on new equipment to help make these new episodes even better.

This all goes to show that innovation isn’t always pretty—see “studio” photo below—but it can improve your work in ways you didn’t expect. 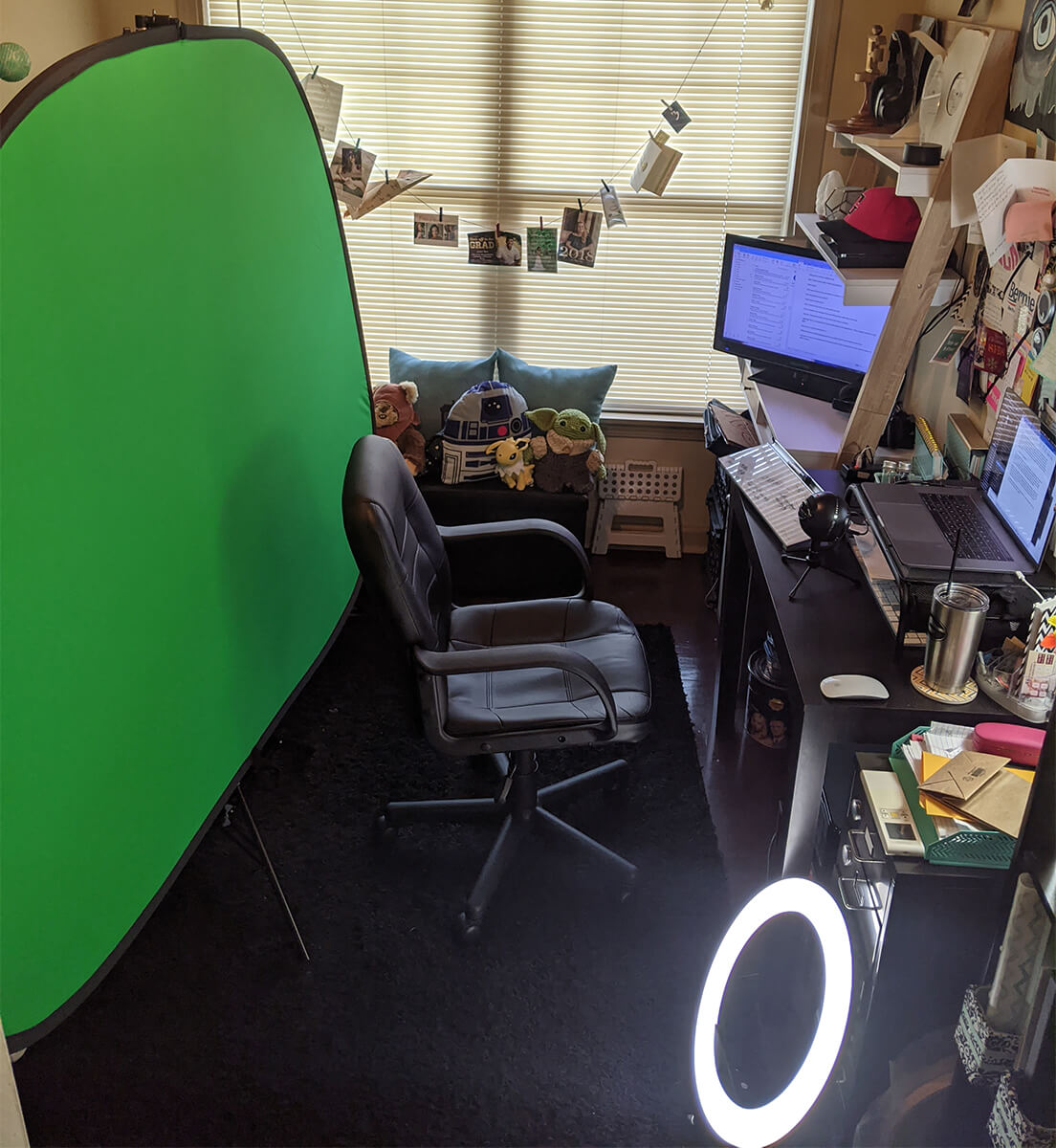